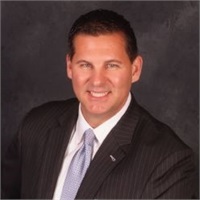 As a Senior Partner for Creative Financial Strategies, Keith’s responsibilities include the development and management of his wealth management team. He also plays a pivotal part in the professional development, advancement and training of each agent.  CFS is one of the largest and most well respected planning firms in the region.

Keith first entered the industry with New England Financial in 1996 as a Financial Representative. He quickly established himself as one of the firm’s top financial representatives, receiving the firms Future’s Associate of the Year in 1997 and qualifying for NEF’s Leaders Association, and the Million Dollar roundtable (M.D.R.T.), the benchmark for success in the life insurance industry.

In 1998, Keith was promoted to Sales Manager. He built a team of over 30 financial professionals who worked together to serve their clients in a team-based approach. As a manager, Keith has qualified for NEF’s Top Recruiters Conference in 1999-20004 and Agency Builders Conference 1999-2004 with total unit production over $1 million. In 2005-2008 Keith qualified for the New England Financial Leaders Conference and Management Council.

He was honored with the Edward K. Leaton Firm Development Award in 2003. Additionally, he was nominated for the national New England Financial Managing Associate of the Year Award in 2001-2004 for his exceptional role in management.

Keith has been studying, practicing, and teaching personal finance and economic lessons for over 15 years. He has worked with corporations, business owners, corporate executives, accountants, attorneys, professional athletes, entertainers, labor unions, municipalities, and nonprofit organizations to develop and coordinate their financial strategies.

Keith Soltis received his Bachelor of Science degree in Economics with a concentration in Entrepreneurial Management and Finance from the Wharton School of Business at the University of Pennsylvania. He played linebacker on 2 Ivy League Championship Teams. He is active in the Wharton Alumni Association and a member of the Penn Club of NYC. Keith is a member of both NYCAIFA and the Monmouth County chapter of NAIFA. Keith and his wife, Barbara, and their son reside in Monmouth County, New Jersey. Keith is the author of the the book, “Ivy League Weath Secrets,” published in 2012. He is a frequent public speaker on matters of personal finance. Keith can be reached for speaking engagements or training seminars at KSoltis@financialguide.com