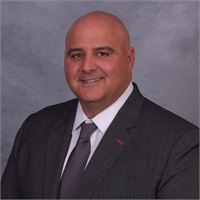 Chris graduated from Wesley College with a Bachelor's Degree in Education in 1993 and is a 2009 Wesley Football Hall of Fame Inductee. He began his financial services career with John Hancock in 1994 as a Financial Representative and was promoted to a Managing Associate in 1997. In 2000, Chris was recruited by MetLife Premier Client Group of NJ, where he eventually earned Manager of the Year honors from 2000-2003. In 2004, Chris became a joint Managing Partner at MPCGNJ. He is credited with creating and implementing the firm's first Senior Partner Executive Team, The Women's Advisory Council, and Mentorship Teams for the firm. Chris became sole Managing Partner (President) in 2008. Along with being featured in the August 2010 issued of "Forbes Magazine" for his outstanding leadership abilities, Chris's firm was named 2011 Leaders Firm of the Year under New England Financial.

Chris resides in Barnegat, New Jersey with his wife Dawn, and their three children, Jake, Alexis, and Mackenzie, where he enjoys coaching, softball, fishing, and golfing.